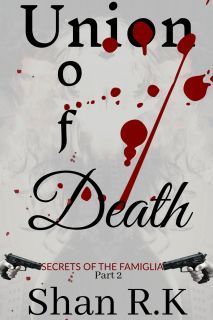 Leonardo da Vinci once wrote, Black is like a broken vessel, which is deprived of the capacity to contain anything. I wonder what he thought of the color white. Did he think it was a sign of purity? Or did he too look upon whiteness as a false brightness, a lie? 2-years-ago if I stood on this very podium, with this man across from me, I would have smiled similar to the way I am now. The white dress hugging my body then a promise of honesty and trust as I glowed with a warmth knotting my stomach walls. Only then, my smile would’ve been comfortable, wrapped in genuine joy, because then I loved him. At that stage in my life, he was my world and I would have laid myself on the floor where he walked with his blood-stained soles. And I would have done it naked, ready to bare myself to this one man with a smile on my face. A smile that wasn’t bold, or soaked with the whisper of revenge. My heart would have beat with love, and not in the threat that now lurks outside these Church walls, waiting with finite patience that would soon be over. This marriage is no fairy-tale.

A total of 38 chapters