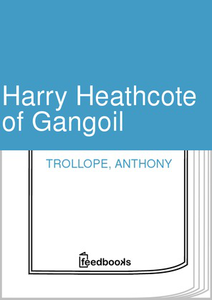 Anthony Trollope's father, Thomas Anthony Trollope, worked as a barrister. Thomas Trollope, though a clever and well-educated man and a Fellow of New College, Oxford, failed at the bar due to his bad temper. In addition, his ventures into farming proved unprofitable and he lost an expected inheritance when an elderly uncle married and had children. Nonetheless, he came from a genteel background, with connections to the landed gentry, and so wished to educate his sons as gentlemen and for them to attend Oxford or Cambridge. The disparity between his family's social background and its poverty would be the cause of much misery to Anthony Trollope during his boyhood. Born in London, Anthony attended Harrow School as a day-boy for three years from the age of seven, as his father's farm lay in that neighbourhood. After a spell at a private school, he followed his father and two older brothers to Winchester College, where he remained for three years. He returned to Harrow as a day-boy to reduce the cost of his education. Trollope had some very miserable experiences at these two public schools. They ranked as two of the most élite schools in England, but Trollope had no money and no friends, and got bullied a great deal. At the age of twelve, he fantasized about suicide. However, he also daydreamed, constructing elaborate imaginary worlds. In 1827, his mother Frances Trollope moved to America with Trollope's three younger siblings, where she opened a bazaar in Cincinnati, which proved unsuccessful. Thomas Trollope joined them for a short time before returning to the farm at Harrow, but Anthony stayed in England throughout. His mother returned in 1831 and rapidly made a name for herself as a writer, soon earning a good income. His father's affairs, however, went from bad to worse. He gave up his legal practice entirely and failed to make enough income from farming to pay rents to his landlord Lord Northwick. In 1834 he fled to Belgium to avoid arrest for debt. The whole family moved to a house near Bruges, where they lived entirely on Frances's earnings. In 1835, Thomas Trollope died. While living in Belgium, Anthony worked as a Classics usher (a junior or assistant teacher) in a school with a view to learning French and German, so that he could take up a promised commission in an Austrian cavalry regiment, which had to be cut short at six weeks. He then obtained a position as a civil servant in the British Post Office through one of his mother's family connections, and returned to London on his own. This provided a respectable, gentlemanly occupation, but not a well-paid one. (from Wikipedia)

A total of 12 chapters