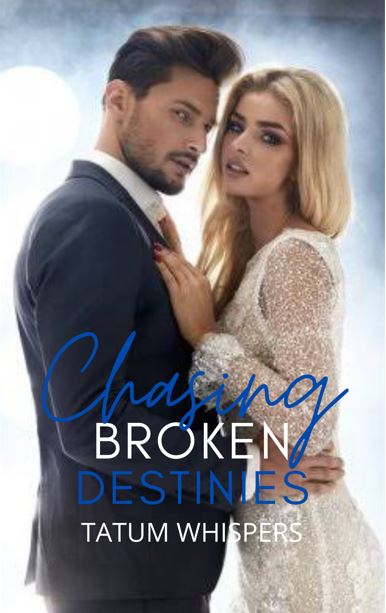 Book One: Chasing Broken Desires. Book Two: Chasing Broken Dreams. Book Three: Chasing Broken Destinies. Book Four: Chasing Happy Ever After. Tyler Moore is the Sheriff of a small town far out from the city, he finally gave the one thing he always refused to give…his heart. With a body that is carved to perfection, this soft-spoken man should not be underestimated. Even though he is elegant and yet powerful, there is far more than lives underneath the fa?ade that he brings. Jenna Davis, the girl that got stuck on the side of the road in nothing but an empty tank, a wedding dress, and singing to Britney Spears. She is the girl that stole the small town’s Sheriff’s heart. Jenna and Tyler finally made it to the altar, giving this Sheriff everything that he desires. But Jenna's past came back to haunt her, not only did she put her own life in danger, but that of Tyler’s. The consequences for Tyler was far greater, and he finds himself in a struggle for his life. Will Tyler survive what fate has dealt him? Will Tyler and Jenna find their true destiny?

A total of 55 chapters